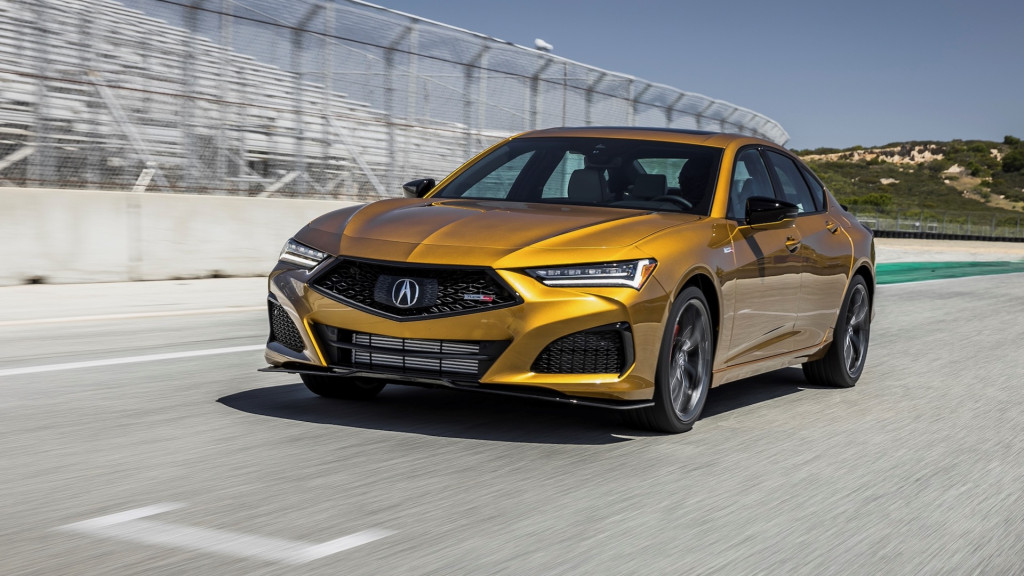 Posted On: November 20, 2022
The 2023 Acura TLX enters the new model year with minimal changes, the most significant being newly standard AcuraLink telematics services. Customers now get three years of these services free of char...[More] 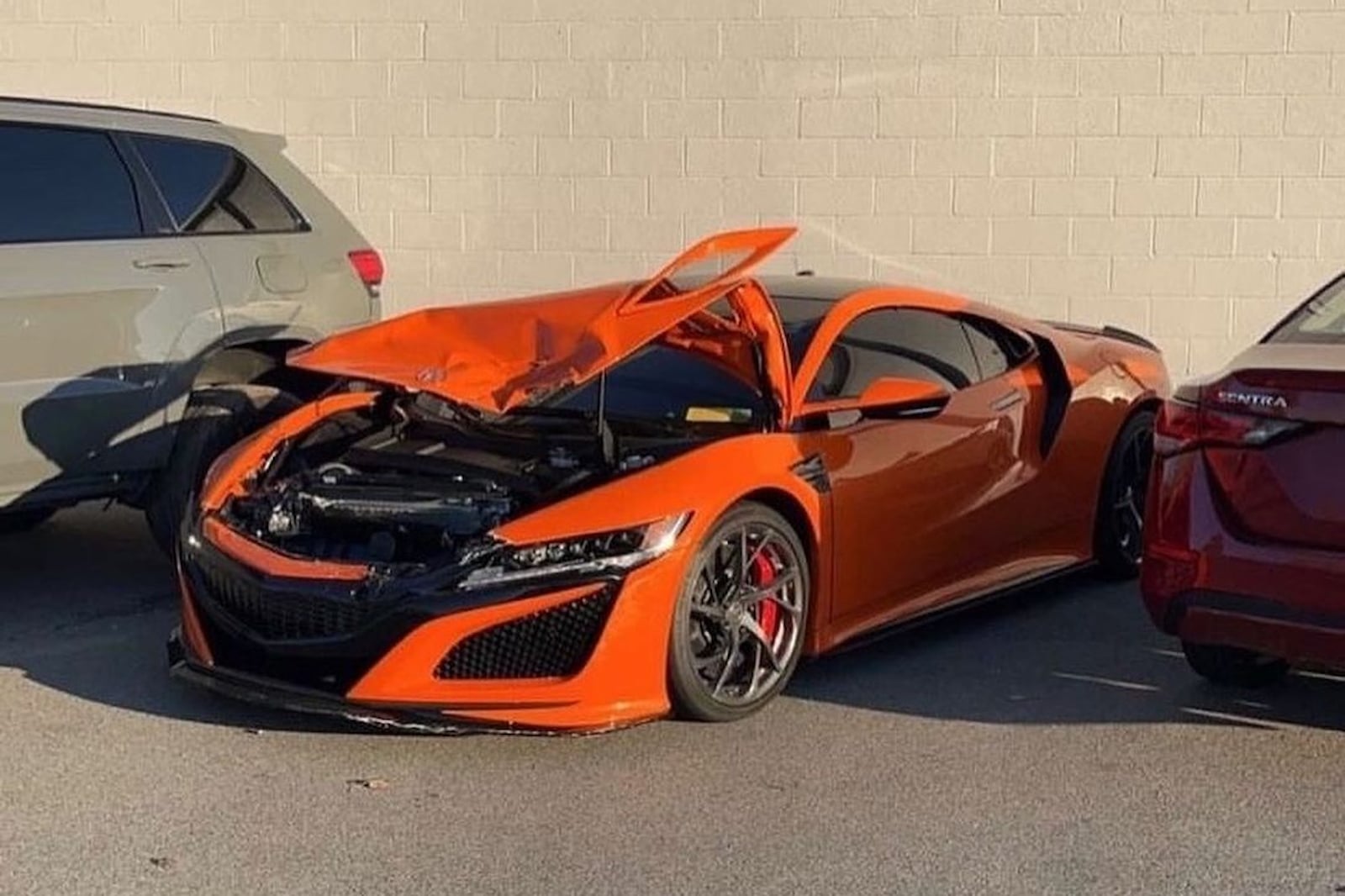 Posted On: November 6, 2022
A combination of a wet road, a flighty mid-engined sports car, and too much boot on the accelerator pedal recently led to a rather unfortunate incident at a Chrysler-Dodge dealership. Well, the Jeep W...[More] 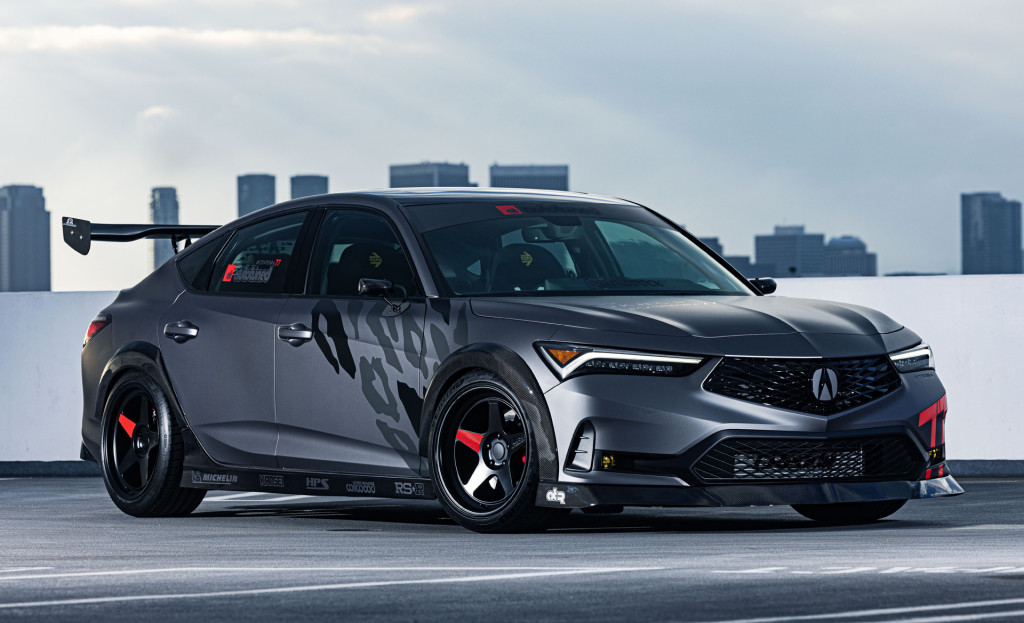 Posted On: October 26, 2022
The 2022 SEMA show is just around the corner and Acura on Wednesday previewed a trio of tuned 2023 Integras bound for the annual tuning fest in Las Vegas. Previous Integra generations have been, and s...[More]

Posted On: October 8, 2022
Ford's GT supercar has almost reached the end of production,but before it bows out there will be one last special edition, the 2022 Ford GT LM Edition. As the name suggests, the car is a celebration o...[More] 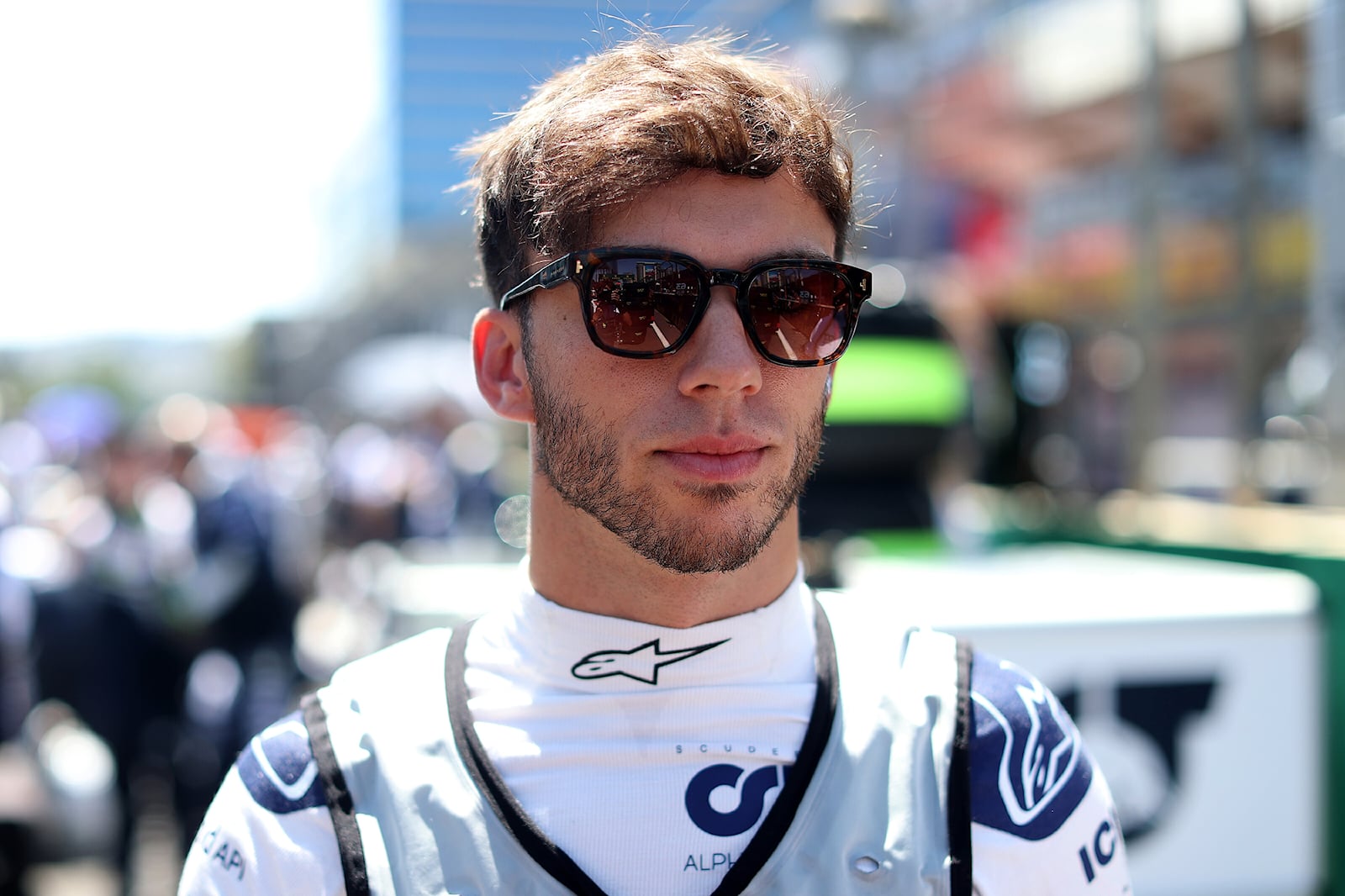 Posted On: October 7, 2022
UPDATE: Pierre Gasly has officially signed for Alpine and will join countryman Esteban Ocon for the 2023 Formula One season. Dutchman Nyck de Vries replaces him at Alpha Tauri. Gasly, 26, said he w...[More]

Mia Toretto Gets Married In Her 1994 Acura Integra 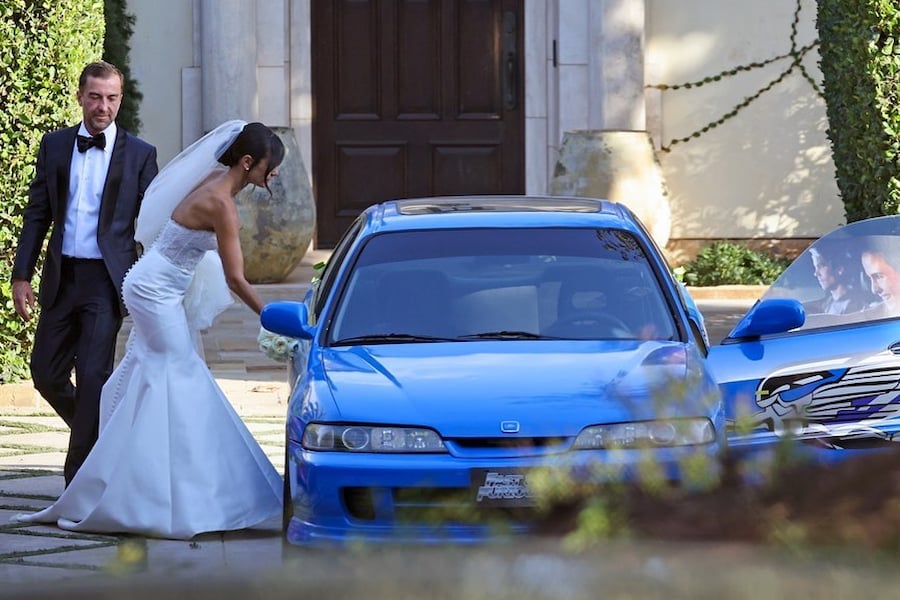 Posted On: September 9, 2022
The Fast and Furious is one of the most successful movie franchises in Hollywood's long and illustrious history and has created legends not only of people but of cars too. The cast of this movie i...[More] 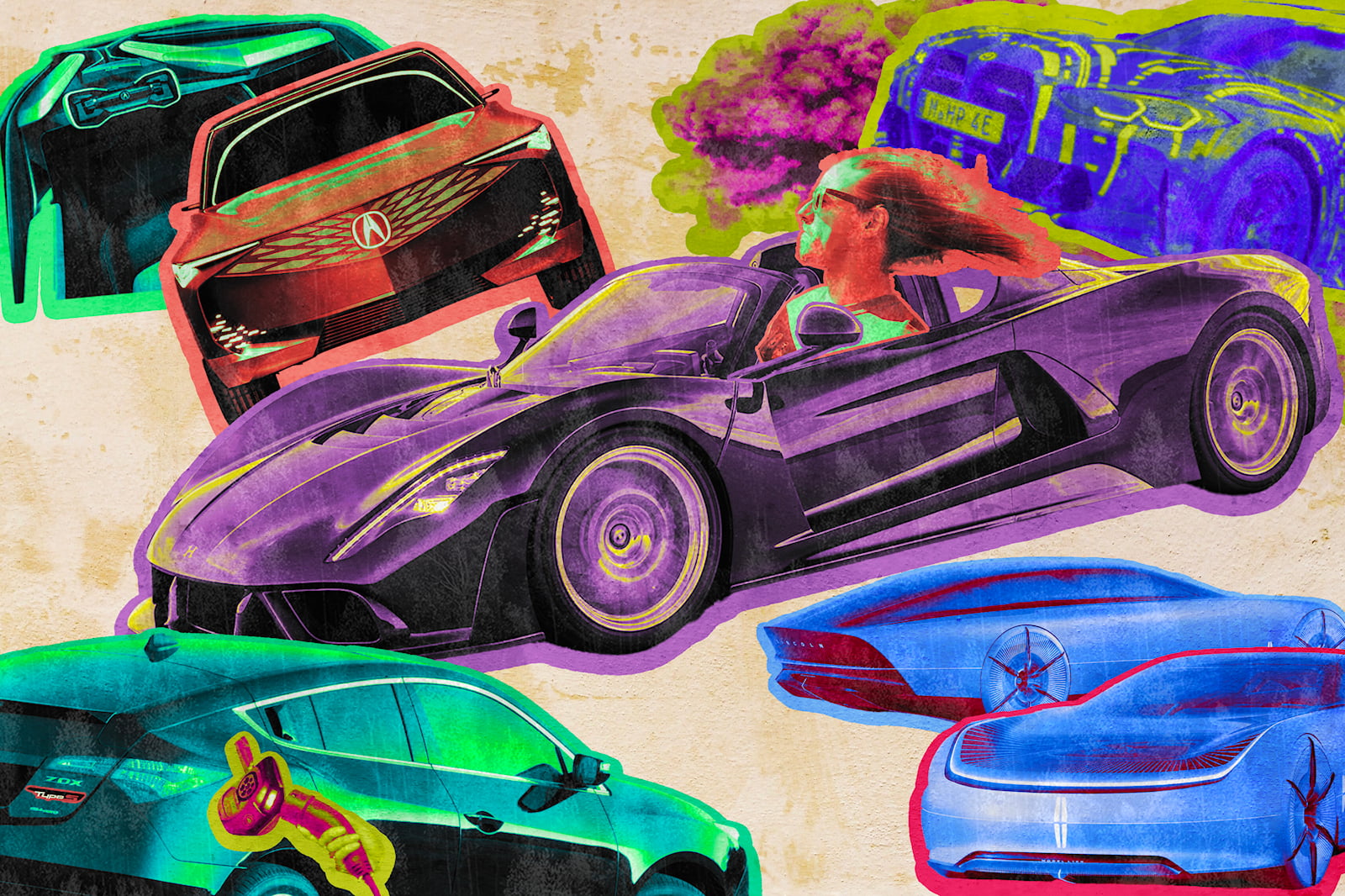 Posted On: August 19, 2022
Rise and shine! It's Friday of one of the biggest weeks of the automotive show season as Monterey Car Week begins to pick up the pace. But before looking to the future, let's go back 24 hours with Col...[More] 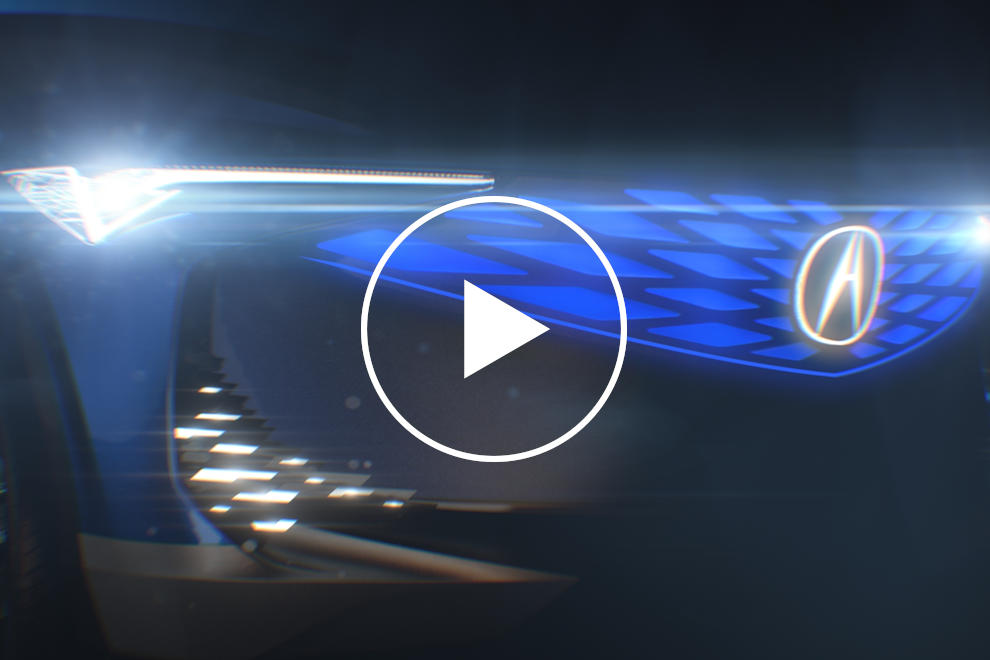 Posted On: August 11, 2022
The Acura Integra may be a little disappointing in some ways, but the Honda-owned luxury brand has plenty of other exciting tricks up its sleeve. It recently unveiled a special edition inspired by the...[More]

Posted On: July 1, 2022
Described as "the best performing Acura sedan ever," the Acura TLX Type S is a true return to form for the luxury automaker. Gunning for the popular German trio, the sports sedan hit the scene in 2021...[More] 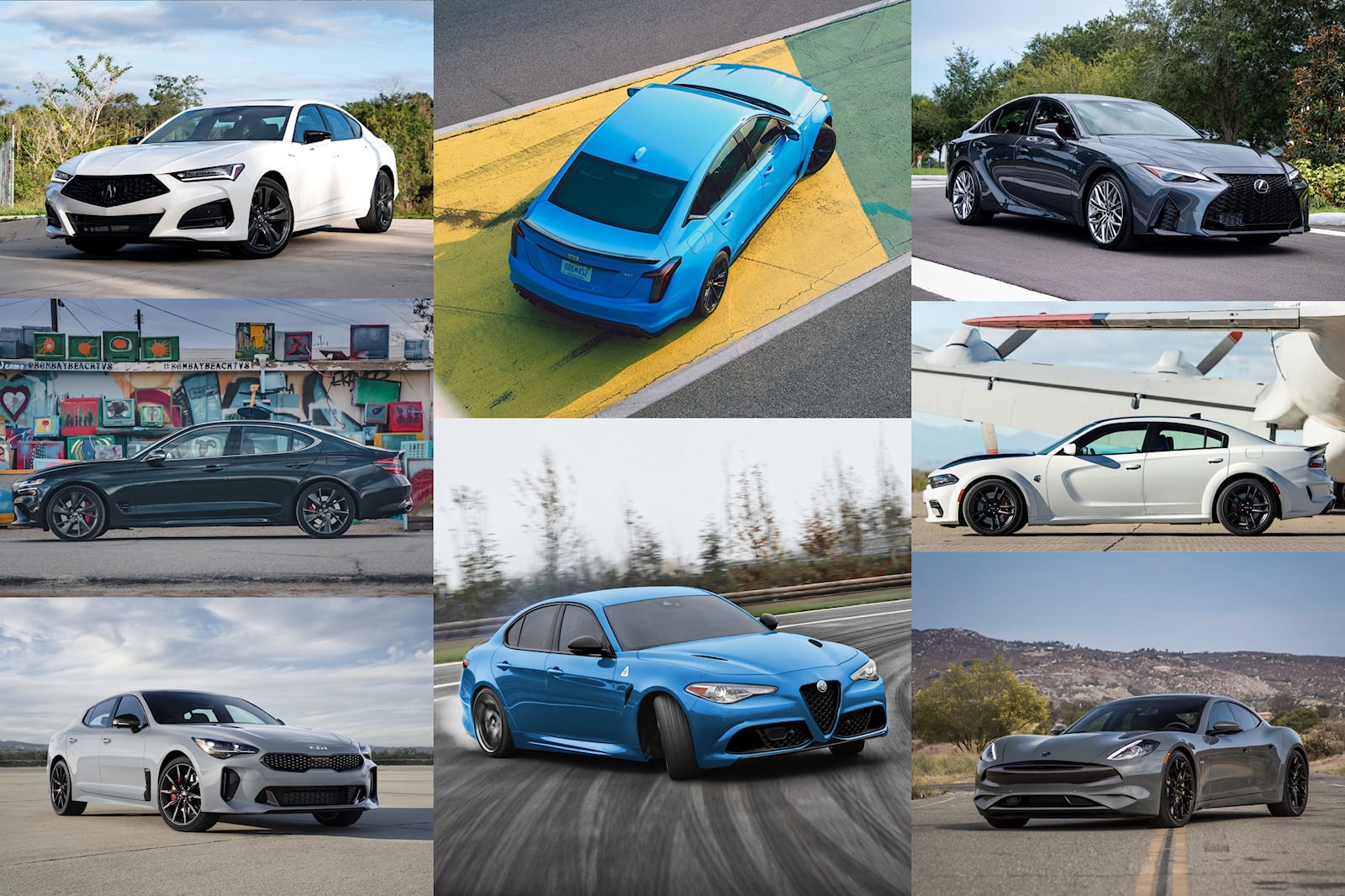 Posted On: June 12, 2022
The fact of the matter is that the benchmark for all sports sedans still comes from Germany. Whether it's BMW's heavy lean into sharp handling or race tech in the M cars, Mercedes doses of loony-level...[More] 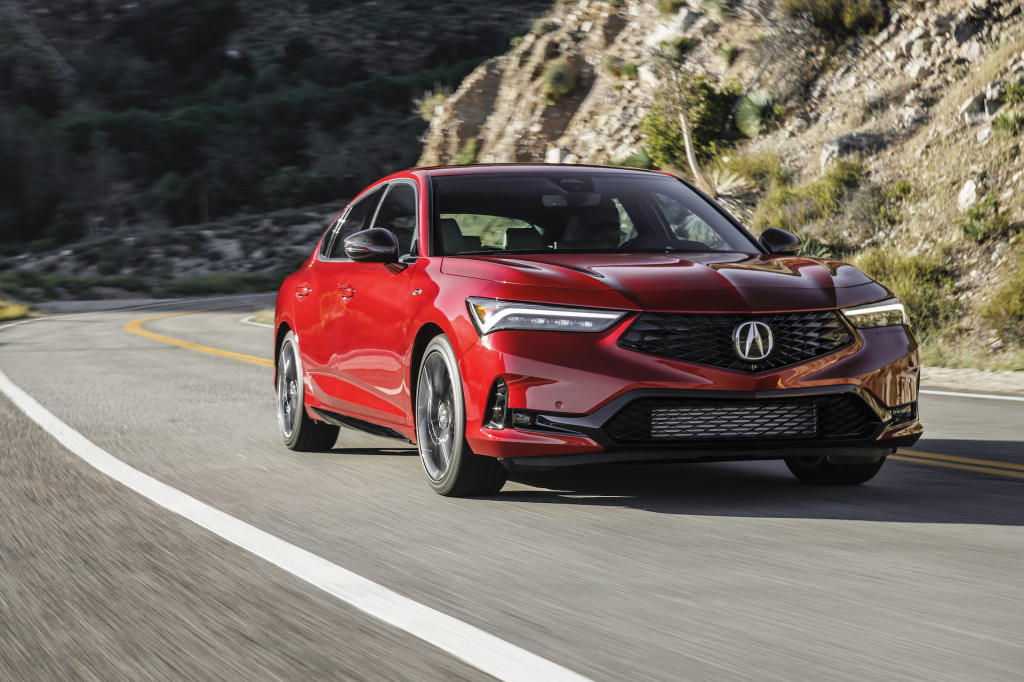 Posted On: May 27, 2022
We drove the 2023 Acura Integra, the SSC Tuatara hit a new high speed, and the 2022 Ford Bronco received official power ratings. It's the Week in Reverse, right here at Motor Authority. We had our fir...[More]

The Stick Shift Acura Integra Is Better For One Reason 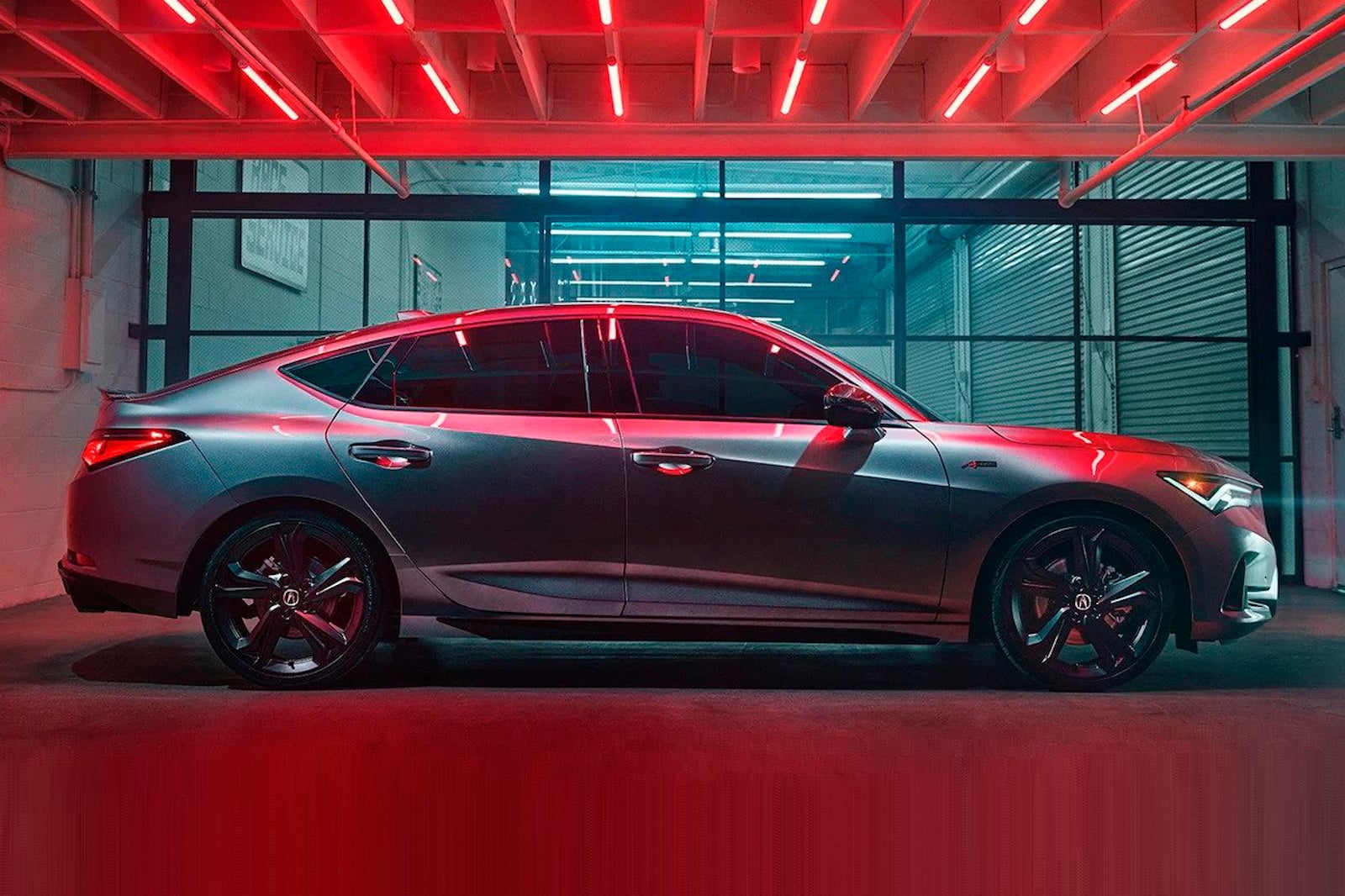 Posted On: May 11, 2022
Well, that was exciting. The first-ever Miami Grand Prix is in the books; Red Bull driver (and reigning World Champion) Max Verstappen was crowned the winner, with Ferrari drivers Charles Leclerc and ...[More] 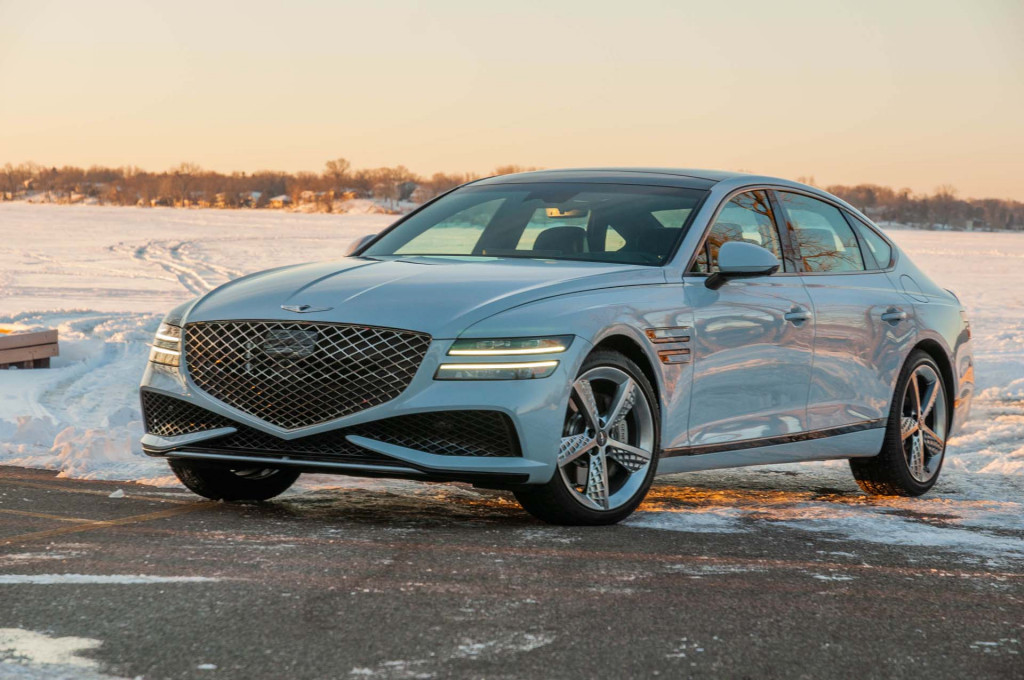 Posted On: April 29, 2022
The electric Chevrolet Corvette became more than a myth, we drove the 2022 Genesis G80 Sport, and Acura announced 2023 Integra prices. It's the Week in Reverse, right here at Motor Authority. GM Presi...[More] 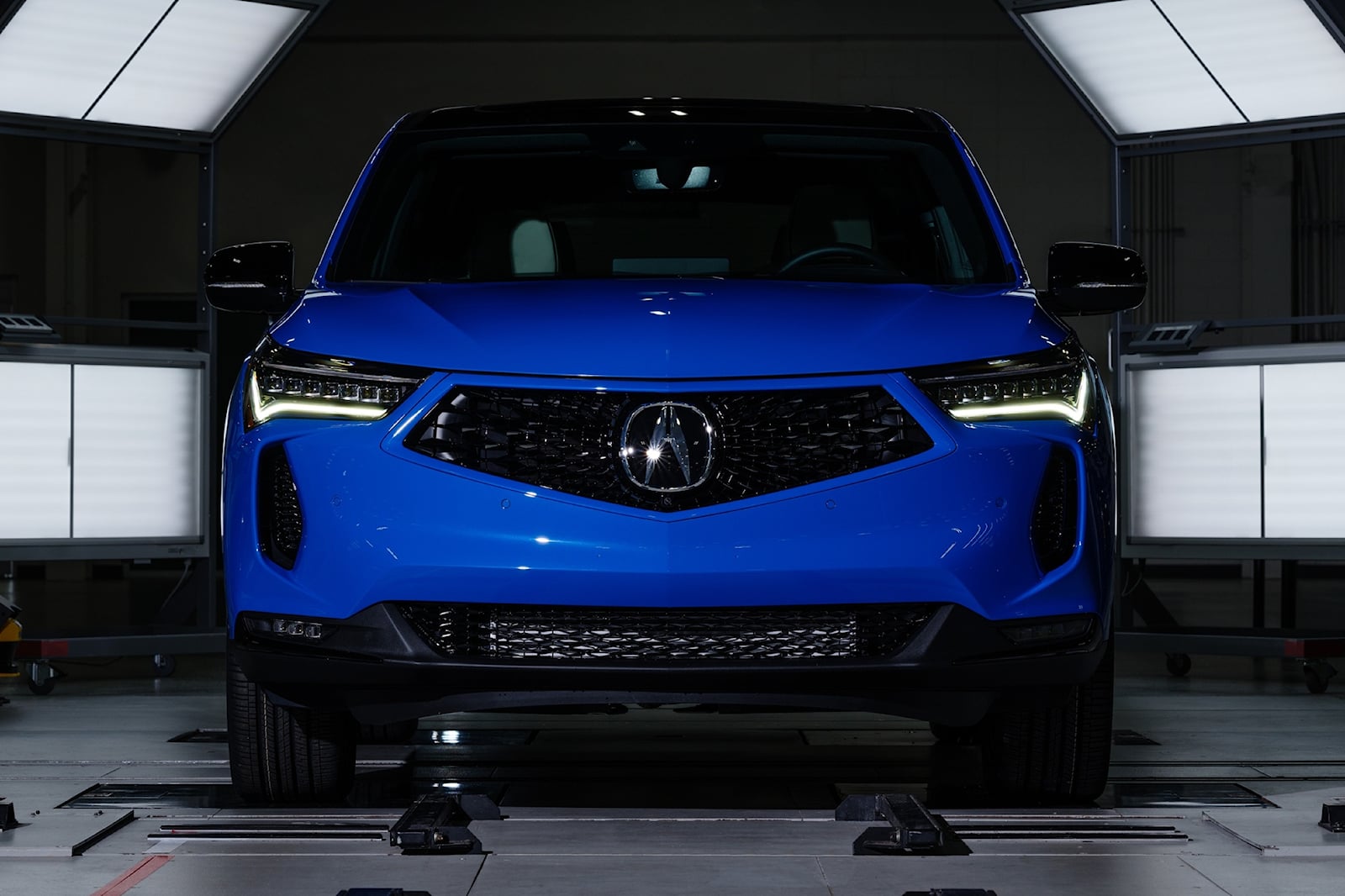 Posted On: April 14, 2022
Acura is having a grand time in the US. Honda's luxury arm has recently commenced production of the NSX Type S supercar, and fans are getting excited about the new Integra. The Japanese manufacturer a...[More]

Acura Fans Have Something To Get Excited About 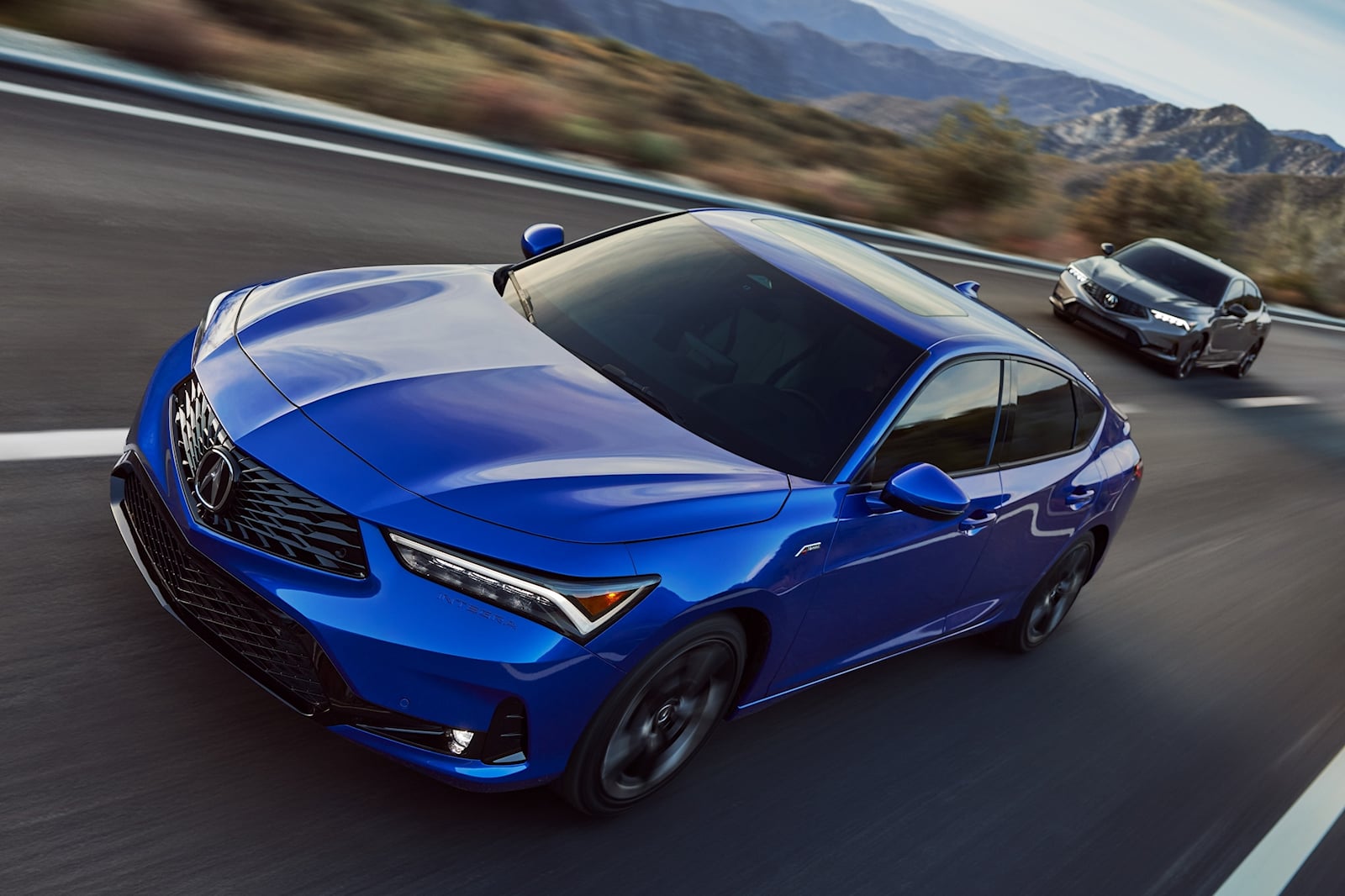 Posted On: March 14, 2022
JDM fans across the world felt betrayed when the U.S.-exclusive Acura Integra was officially revived as a four-door fastback. Despite the Integra moniker having a long lineage of four-door models, the...[More] 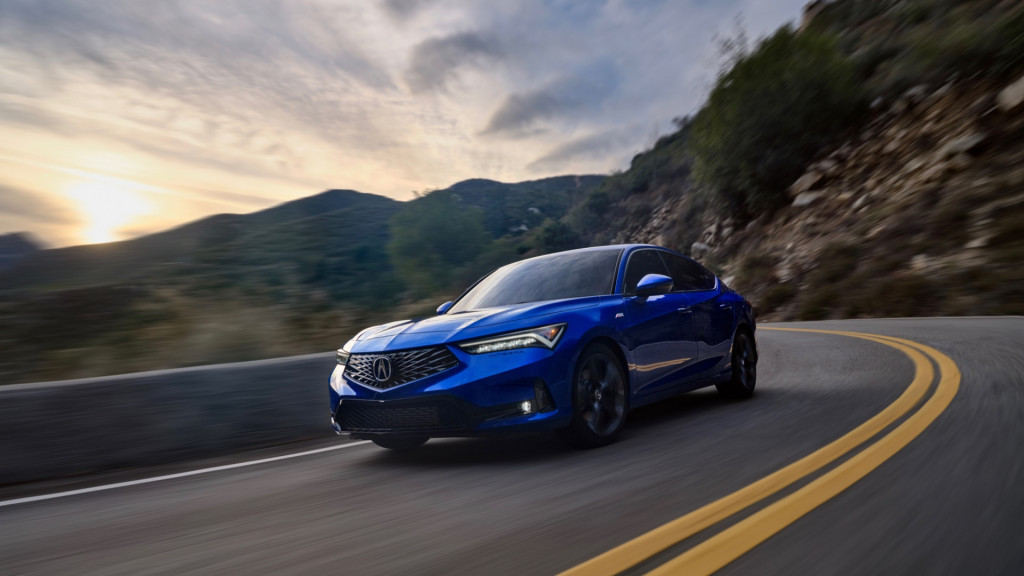 Posted On: March 10, 2022
Acura on Thursday released more details on the 2023 Integra and opened reservations for the four-door hatchback. Deliveries are scheduled to start this spring. The production version preserves the sty...[More]

Posted On: February 14, 2022
While detractors haven't had many positive things to say, the revival of the Acura Integra is an exciting return to the arena of sporty compact cars for the brand. Based on the eleventh generation Civ...[More]

Posted On: January 21, 2022
What's very likely the final version of the Acura NSX has officially entered production. The NSX Type S, limited to only 350 examples, is now rolling off the assembly line at the Japanese automake...[More] 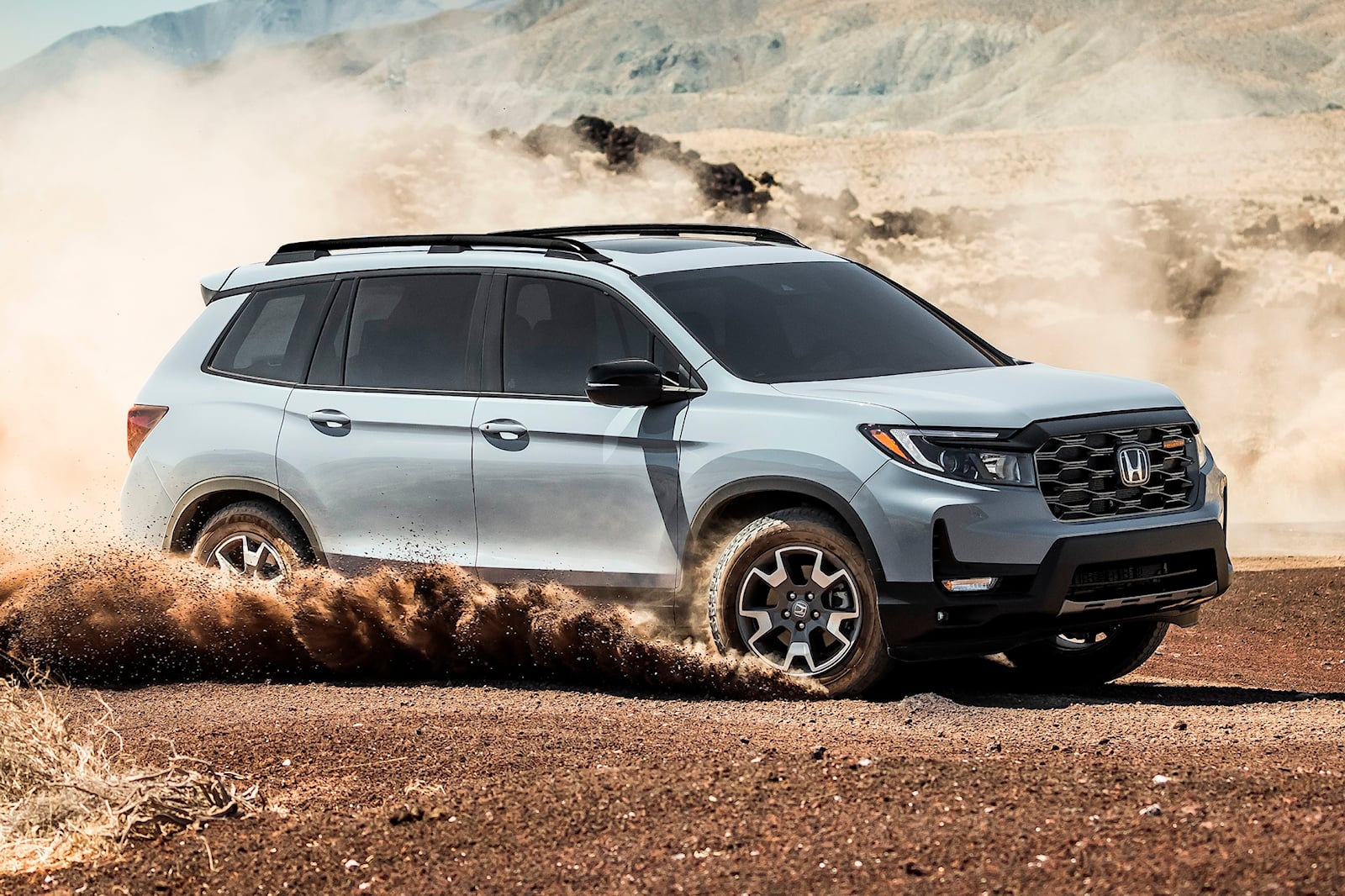 Posted On: January 7, 2022
It's a new year and car manufacturers are starting to reveal how good (or bad) their 2021 went. Despite ongoing supply chain issues, ongoing Covid-19 drama, and a critical shortage of semiconducto...[More]