Posted On: December 19, 2022
Citroen is the official car partner of the new Asterix & Obelix: The Middle Kingdom movie, but instead of building a concept vehicle, the French manufacturer had to produce a concept chariot. For ...[More] 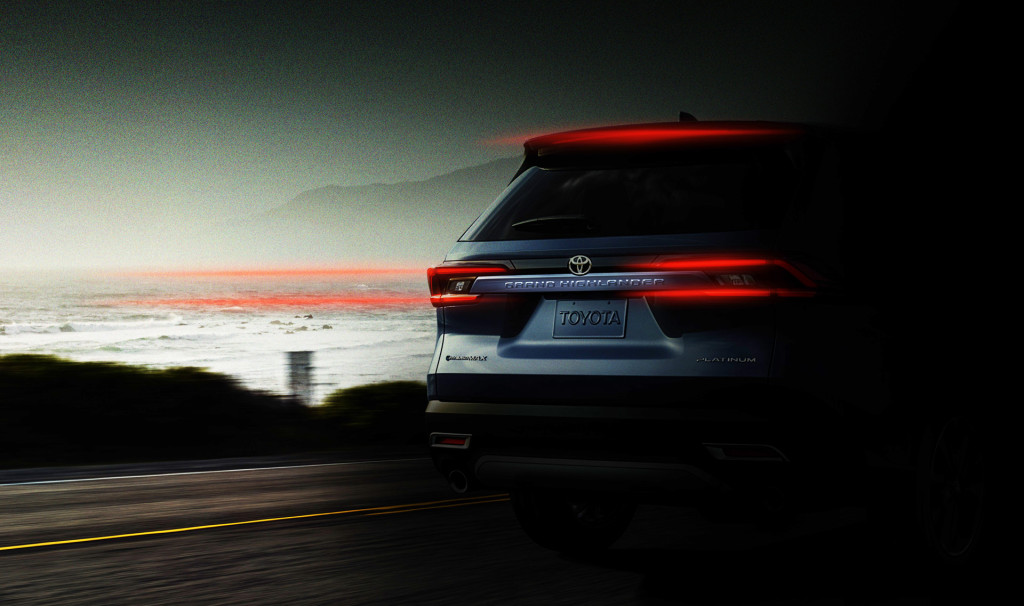 Posted On: December 1, 2022
Toyota on Thursday provided the first look at a new three-row SUV currently in the works and destined for production in the U.S. The SUV has been confirmed as the Grand Highlander, and it's set to mak...[More] These Were The Biggest Reveals From The 2022 LA Auto Show 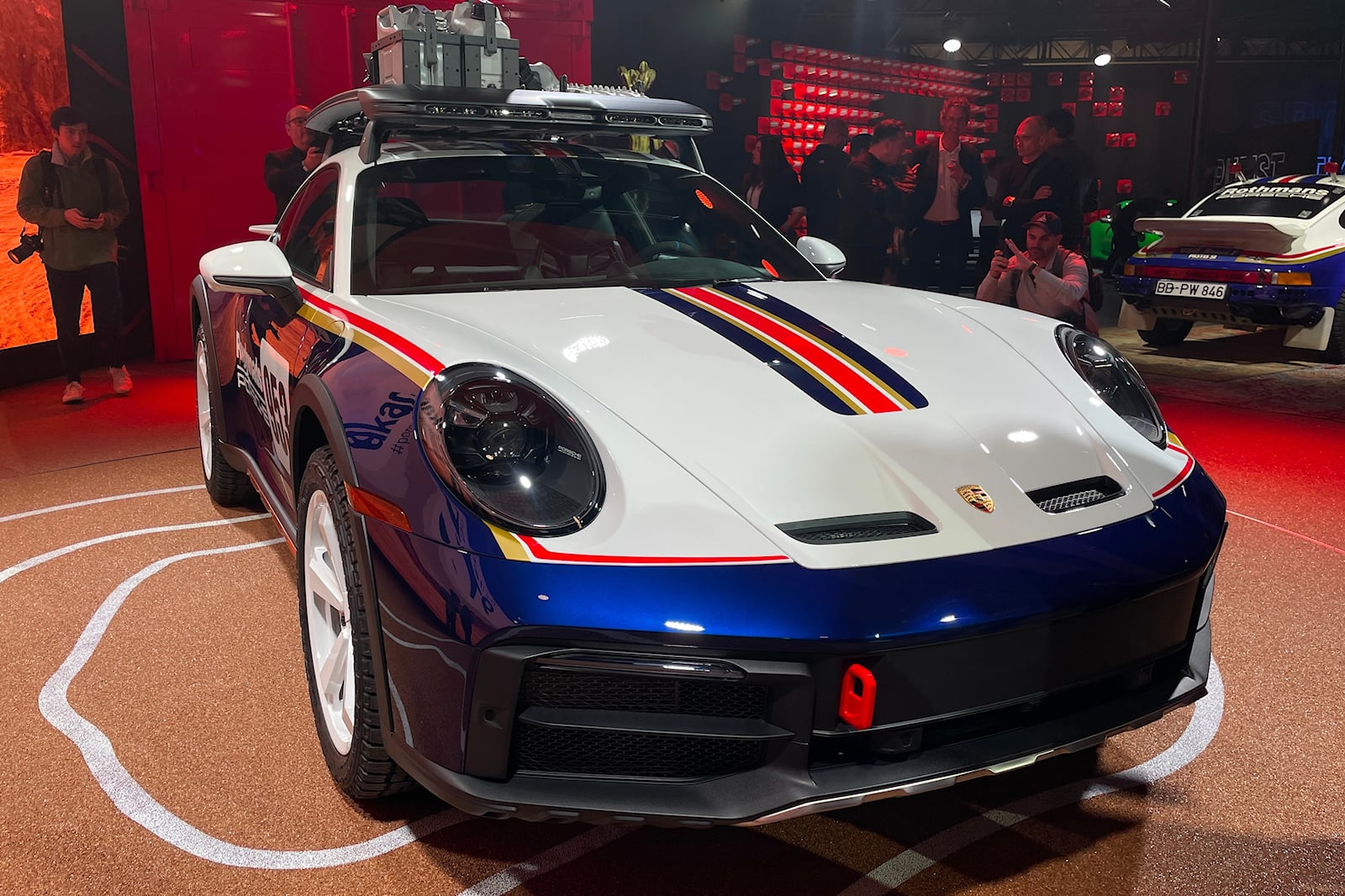 Posted On: November 18, 2022
This year's 2022 Los Angeles Auto Show may not have been as large as previous years, but the final North American show of the year did not disappoint with several pretty big reveals. Some of the h...[More] 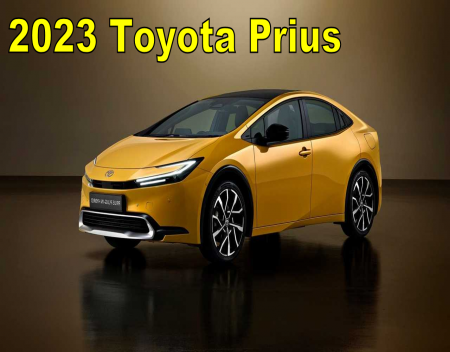 Posted On: November 16, 2022
I vividly remember when Toyota president Akio Toyoda stated that they would no longer make boring cars, and now with the introduction of a redesigned Toyota Prius it looks as if he’s kept his word, ...[More] 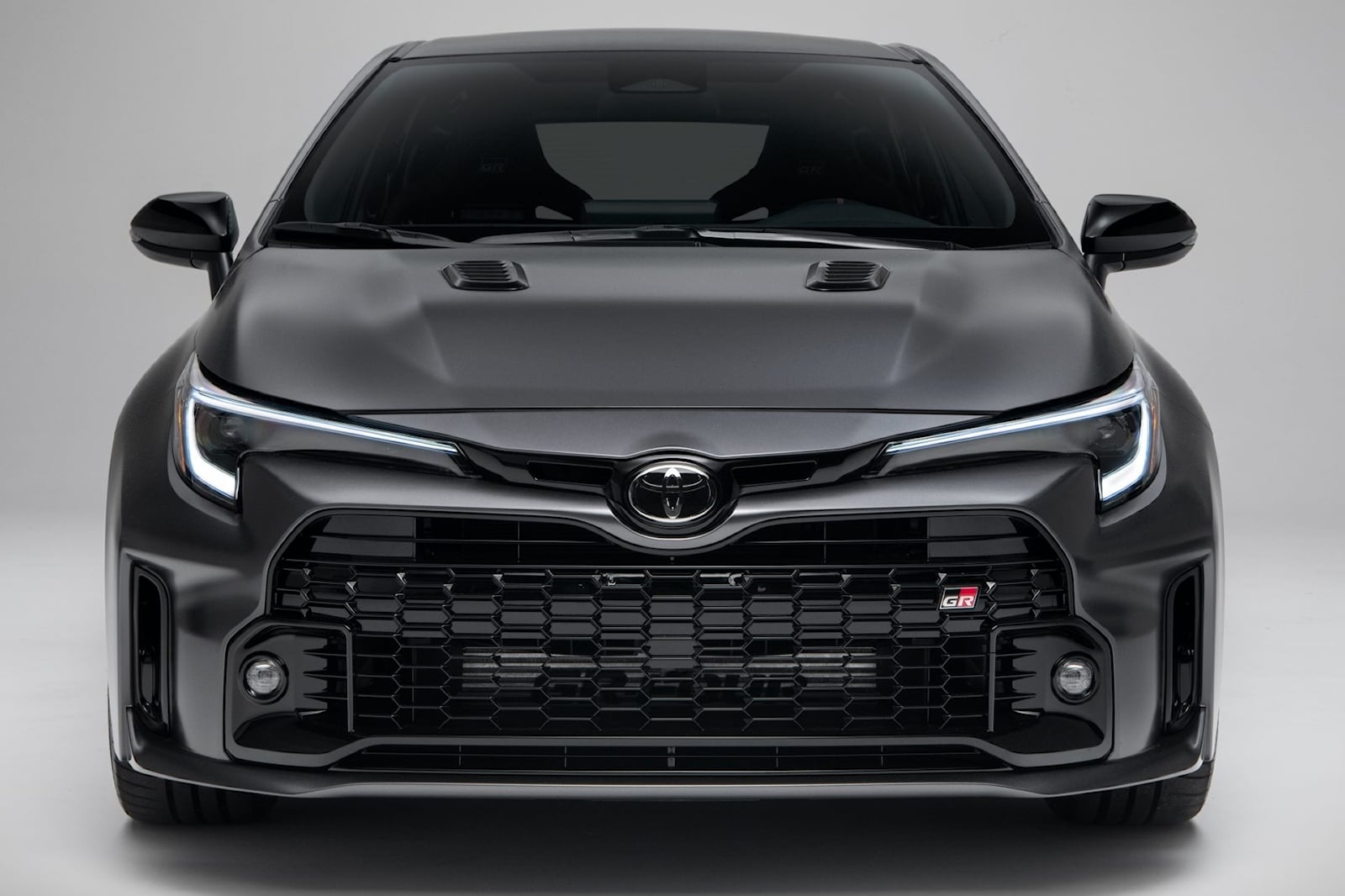 Posted On: October 20, 2022
If you've been keeping up with Toyota GR Corolla-related related news, you'll know the ultra-hardcore GR Corolla Morizo Edition is the pinnacle of the go-faster GR Corolla range. Only 200 will...[More] 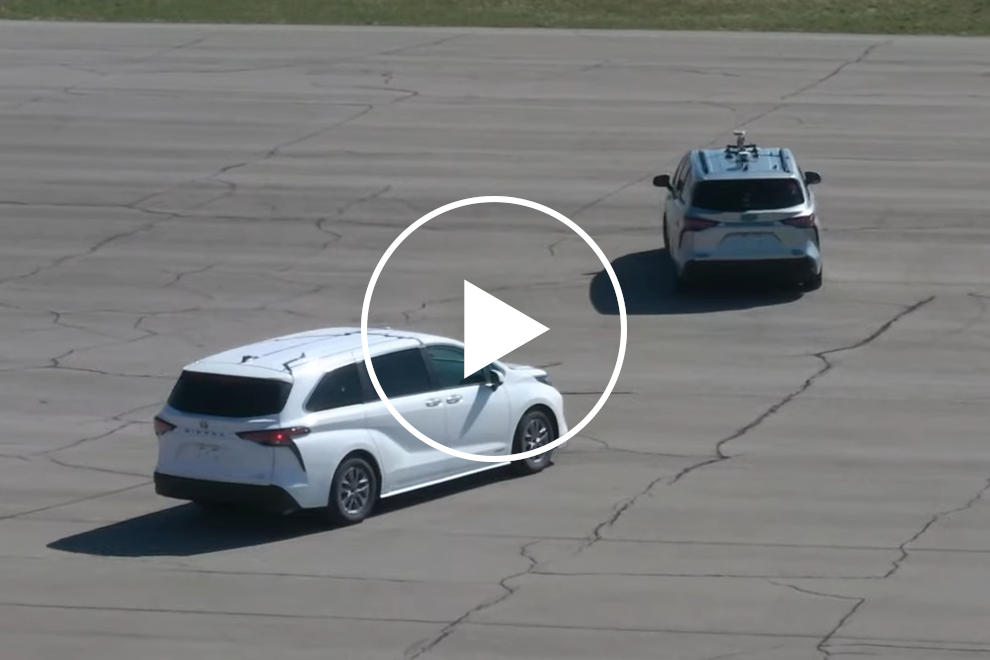 Posted On: September 20, 2022
From Hyundai's deployable hoverboards to Tesla's laser windshield wipers, automakers are constantly pushing the boundaries behind the scenes, testing technologies that may or may not make it t...[More] Posted On: September 10, 2022
Volkswagen finally has a modern Microbus on its hands, only this time around the vehicle is called an ID.Buzz, and it's electric. It's only due in the U.S. next year as a 2024 model, but this week we ...[More] 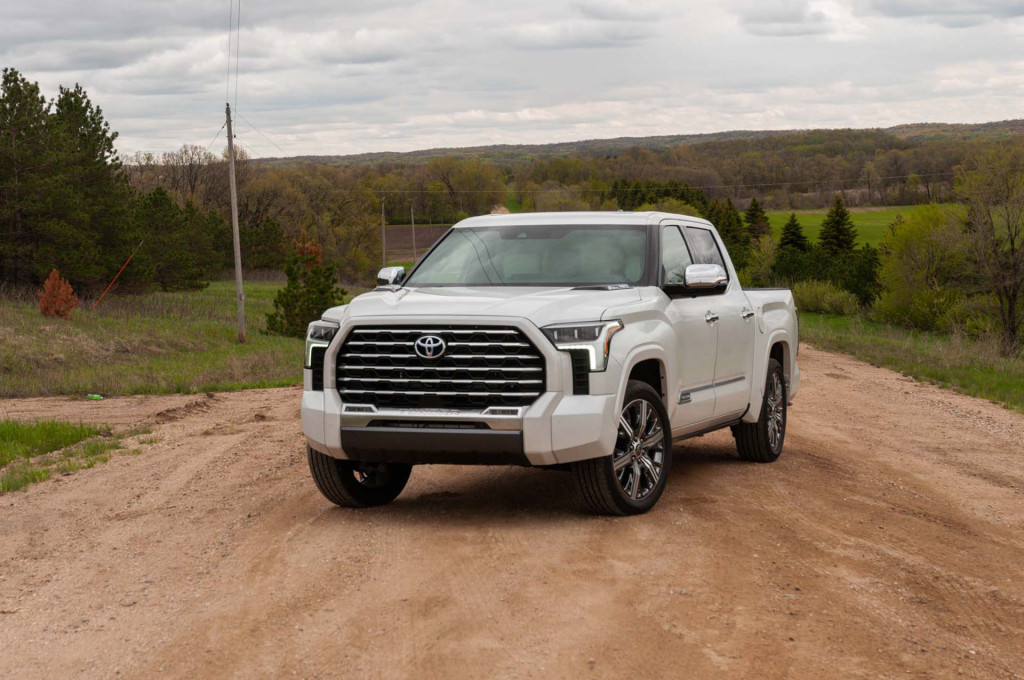 Posted On: September 5, 2022
It took 15 years for the third-generation Toyota Tundra to arrive and throughout my time with it, one question kept recurring: “Is this the best they could do?” With a new luxury Capstone trim, a ...[More] Posted On: August 24, 2022
The new 2022 Toyota Tundra has captivated its fan base and intrigued others with a new approach that’s welcomed in offering a twin-turbo V6 powertrain or a more-powerful iForce MAX hybrid setup on i...[More] Posted On: August 20, 2022
The most popular color for new cars in the US is white. What about the second and third most popular ones? Those are silver and black. Part of that is a result of the resale mindset loop - the idea th...[More]

Toyota Built The New Tundra To Last One Million Miles Posted On: July 22, 2022
Toyota has a reputation for reliability, but the company's pickup trucks carry a special reputation in the lineup. The previous-generation 2007 Toyota Tundra famously clocked one million miles in unde...[More] Posted On: July 15, 2022
Toyota has long been a methodical giant making intelligent but slow moves to set a tone in the automotive market that’s afforded them the status they have today. In an effort to try something differ...[More] Posted On: July 14, 2022
Ignoring pickup trucks for a moment, do you know what America's best-selling passenger vehicle was last year? It may not surprise you, but it was the Toyota RAV4. Buyers just can't get enough of the J...[More]

Watch an armored Toyota Land Cruiser brush off an explosion

Posted On: July 4, 2022
The Toyota Land Cruiser is a popular choice for people heading into dangerous places, so it's good news that the latest armored Land Cruiser from Canada's Inkas received good marks in a recent round o...[More]

Hold Up Folks: Toyota Did It Best First Posted On: June 30, 2022
It took a recent ‘Hagerty Revelations’ video with Jason Cammisa to prompt me to make the quick statement to remind folks that Toyota did what you think Kia and Hyundai are doing now, first. We oft...[More] Posted On: June 23, 2022
When Toyota announced the Land Cruiser 300 wouldn't make it to the US, we were deeply saddened by the news. Like the Lexus LX, the Japanese brute is considered by many to be the ultimate off-roader. I...[More]

Yet Another Pristine Ferrari F40 Gets Ruined At Event Posted On: June 22, 2022
To many, classic Ferraris are considered works of art, and every time one gets destroyed it is the equivalent of a Picasso or Monet being set on fire. This video of a Ferrari F40 crashing in the Swiss...[More] Posted On: May 23, 2022
Hampered by financial restraints and modest monthly budgets, many gearheads are seldom able to purchase their dream cars. For many, Lamborghini ownership will remain an unreachable aspiration. The che...[More]

Lexus Will Finally Get A Proper Three-Row Crossover Posted On: April 23, 2022
When Lexus dealerships begged the company to build a three-row crossover to slot above the RX and below the body-on-frame GX, they got the RX L. Essentially a slightly elongated RX with a cramped thir...[More]

Toyota Adopts Teslas Camera Only Approach To Self Driving 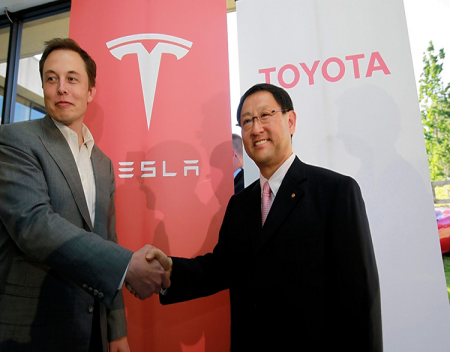 Posted On: April 7, 2022
Toyota subsidiary Woven Planet will utilize a camera-only approach for its self-driving project development, joining Tesla as the only other company to adopt a vision-based strategy to advance itself ...[More] Posted On: April 1, 2022
We know it’s April first and a part of us feels like Toyota is pulling the ultimate April Fool’s joke on us with the introduction of a new Toyota GR Corolla hatchback that packs 300 horsepower, a ...[More] 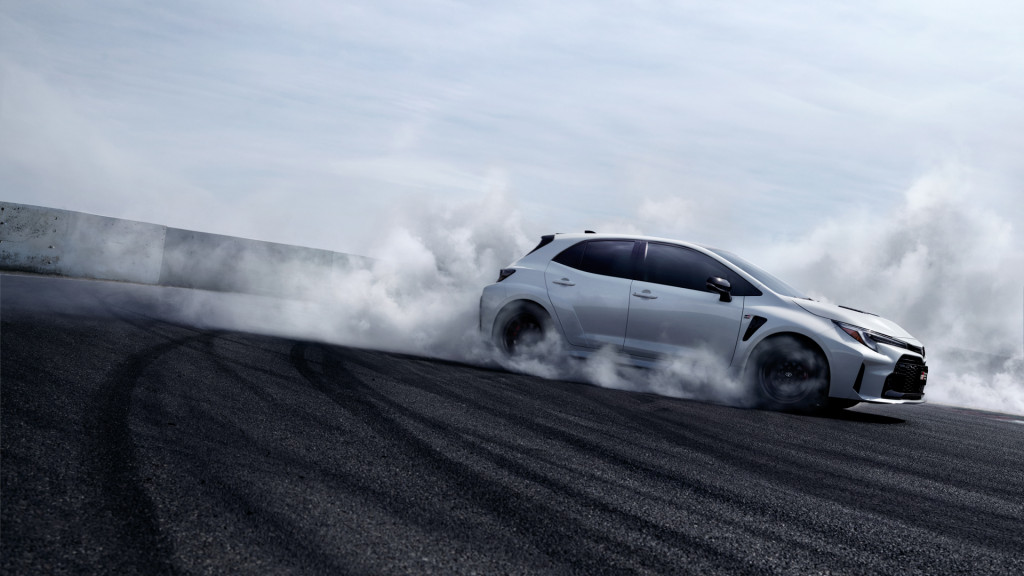 Posted On: March 23, 2022
Way back in June of last year, Toyota USA released a commercial called The Pitch. Therein, Toyota pokes fun at how obsessed with health & safety regulations marketers are these days, with endless disc...[More] Posted On: March 23, 2022
There’s something to be appreciated in a vehicle like the Toyota 4Runner that has stood the test of time touting an aged design that still attracts buyers for its unsurpassed reliability and ruggedn...[More] Posted On: March 2, 2022
In the past, I’ve explained many times how Toyota’s methodical approach to updating their vehicles has done well for them considering how reliable and trusted the brand has been for countless year...[More]

Heres When The Toyota GR Corolla Will Arrive In The USA Posted On: February 23, 2022
The Toyota GR Corolla is arguably the most anticipated hot hatch set to arrive in the USA, mainly because the market was snubbed for the highly acclaimed GR Yaris. Over the past few months, we have be...[More] Posted On: January 27, 2022
We've enjoyed watching Gazoo Racing's Toyota Yaris on the world's most intricate tracks but some private owners have been able to exploit the Japanese hot hatch's all-wheel-drive system and compact tu...[More] Posted On: January 26, 2022
The Toyota Sequoia has been a methodical giant in the scheme of how popular SUVs are in today’s automotive landscape. Such a giant has prided itself on being one of the most reliable vehicles of its...[More]